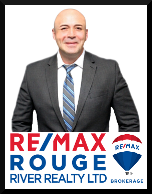 When you look at the map you can see that the Region of Durham is very large. It is made up of some large and several small communities. The larger communities along Lake Ontario are where most people in Durham live and work. This is where most of the business and industry in Durham is concentrated. These municipalities are also close to the 401 Highway and the GO Train system which provide easy access to Toronto and the rest of the GTA. Many people in Durham region work in the Toronto area.

Northern parts of Durham are more rural in nature and have lower population densities. Agriculture is a major contributor to the economy of Durham and is growing in significance along with tourism.

The Population is changing.

FACT: Durham Region is the largest geographical jurisdiction in the Greater Toronto Area (GTA). It encompasses an area of almost one thousand square miles, and has a population of over 600, 000 people.


Hours of Operation
By Appointment Only